We would have been absolutely lost without EdiLoad (and Mark's ongoing technical support). On the back of some mistakes made early on in post, we had to develop quite a complicated workflow, which just wouldn't have been possible without EdiLoad's expansive feature set. And, because Mark has given EdiLoad the ability to talk to databases (via the export to csv functionality), workflows are infinitely customisable. In the middle of the EdiLoad conform workflow, we...

The Dark Crystal: Age of...

We used EdiCue for the new Netflix show 'Dark Crystal'. As it's a puppet show all of the original studio recordings were only ever going to be a guide. So we had to record 10,000+ lines of ADR, although calling it ADR does seem wrong given that we essentially recorded the production audio.
It was epic, very hard work all round, but we couldn't have made it work without EdiCue.
Tim... 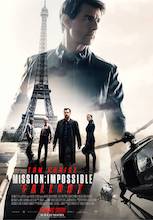 EdiCue was already indispensable software. On shows like Mission Impossible, the recuts came in thick and fast, but using EdiCue meant my sheets were always up to date. Now with version 3 it has outdone itself. The new options allow for such clear sheets so my sessions will go just how I want them to. I’m already using it on my next project.
Simon Chase - Supervising Dialogue Editor 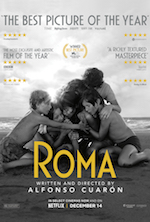 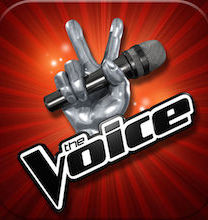 I have integrated EdiLoad into my workflow whether I am mixing, editing, or sound designing. I utilize the conform feature to conform ISOs when replacing the line mix used in the video edit. When sound designing and mixing, the scene and picture cut reference tracks are used on a daily basis for editing background ambience sounds, identifying where vfx and gfx are inserted in shows, and to know how far I should automate my...

Moving back to Hungary after 20 years of audio post-production work in Hollywood, the good news was that I began getting calls for ADR sessions in Budapest.
The bad news was that the "cue lists" for these sessions consisted of nothing more than the lines to be recorded highlighted on the original scripts with ballpark timecode references.
I gradually persuaded my new clients to allocate more time and money to prep the cue lists so the ADR...

EdiLoad has become an integral part of my regular workflow, it's the only re-conform software I rely on to get the job done. I've tried all the others, and EdiLoad is the one I always come back to.
I use it most regularly to speed up the delivery of natural history documentaries. We generally have to make two versions of every film, one at 52 minutes for European sales, and one at 44 minutes running...

ADR has been a specialty of mine for 25 years, so I’ve lived the evolution of cue prep and recording situations, from carbon paper on typewriters to Filemaker Pro; from hanging sound blankets in dressing rooms to mobile recording trucks to world class recording rooms. Truthfully, EdiCue and EdiPrompt are game changers in the ADR profession.

Making it a ProTools process is absolute genius. Working on international co-productions for the last ten years, a constant hurdle is looping to unlocked episodes. Co-pro series move very fast, with abundant and diverse approvals required. My team and I are often recording ADR to a picture that is still being edited, with new ADR requests being added. This means revising paperwork at the last minute, while working in different time zones, and still delivering the request without disrupting the schedule. With EdiCue, we stayed on top of sudden changes.

My first use of EdiCue was while supervising two series being shot on different continents, with post production being done on a third. EdiCue looked like the salvation to this crazy environment and IT WAS. EdiCue reduced some revision needs from a one day task down to just one hour. I know for certain that without EdiCue in my kit last season, sudden ADR lines and changes could have been missed and this may have led to rescheduling of cast and facilities.

We have a very special deal available for our sound post apps. From Boxing Day to New Years Day 2020 all products in our store can be purchased with a 30% discount, including bundles.

Apple released its latest major update for macOS called macOS Catalina (10.15) on October 7, 2019. One of the major changes in this update is that it will only allow 64-bit applications to run. We have been working this year to update our apps for 64-bit, and are excited to announce that the following have been released: